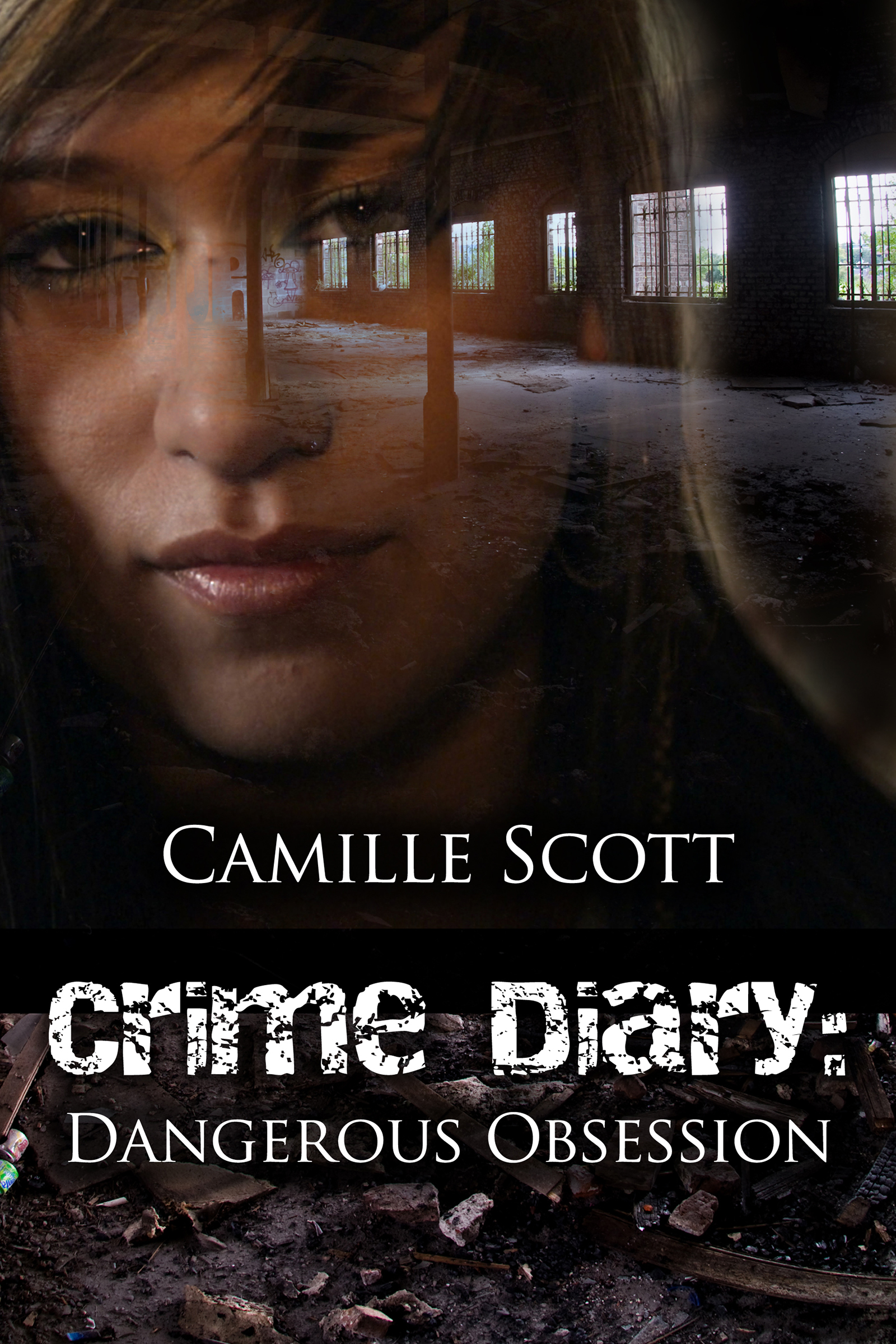 I was coming out of the shower when I heard my cell phone ringing.  My first thought was that Plum was calling.  I damn near broke my neck rushing to take the call.

“Well, It’s about damn time.  I’ve been calling you for half an hour.  This is Mr. Canfield.”

Why was my boss calling me?  Whatever the reason, it couldn’t be good.    I sat down heavily on the edge of my bed.

“There are federal agents rooting through every scrap of paper in my office as we speak.”

“Yes and I have a feeling they’re gonna want to talk to you next.”

“Hey moron, why the hell do you think I’m calling you?  I’ve got my hands full fielding their questions.   The last thing I need is you down here volunteering information and lousing things up. I’m gonna tell them that you’re on vacation for the next two weeks.  That ought to buy us some time.  Go see Plum.  She’ll know what to do.”

“Stop repeating everything I say.  You sound like a damn echo!”

“Look, I gotta go.  I can’t risk them finding out I snuck off to make a call. It’ll look suspicious.  Just get your ass over to Plum’s place.  You got that?”

“Yes sir, I’ll leave now. Listen, I can’t help feeling that this is somehow my fault.  I just wanted to say how sorry…”

The line went dead.  I remember helplessly sitting there with the phone still pressed against my ear.  I supposed I deserved that for getting him involved in my shady real estate deals.  All along, I knew more than likely all that money was some form of ill-gotten gains, but I was desperate and more than a little resentful of him for saddling me with all of those white elephant properties.  I had no clue about what to do next.

How could I call Plum for help after what happened the night before?  I was sure she didn’t want to see me, let alone get sucked into whatever muck I was about to wade into.  I briefly considered going home and hiding under my bed for two weeks.  The thought of feds hammering on my parents’ door quickly eliminated that from my mental list of options.

I decided to give Plum a call.  The worst she could do was tell me no. Well, that wasn’t the worst thing she could do but I had nothing to lose.  To tell the truth, I wanted an excuse to call her.   As I lay in bed the night before, the realization hit me like a ton of bricks that Plum’s seeming spur of the moment invitation and everything I’d witnessed at her house was a test, which I had failed miserably.

I knew it was pointless to try to plead my case.  I missed the boat and there was no excuse for that, after all my pleading to be let in on her business dealings, as far as Plum was concerned.  Whip smart people like her expected others to pick up on things with the same quickness that they did.  After last night, I realized that Plum blew up at me because she had no tolerance for thick headedness.

If I wanted to be a part of her world then I had to figure out the rules of the game quickly, before Plum got fed up and ditched me for good.  I wanted an opportunity to redeem myself.  I dialed Plum’s number and spent a few tense moments wondering what I was going to say.

When she didn’t answer I bumbled through a message, disconnected the call and sat glumly staring down at my feet.  I was still unresolved when she called me back.  My heart leapt when I saw who was calling.  I was relieved not to detect any of the scornful anger from our last encounter.  On the contrary, she sounded genuinely concerned.

“Patricia you poor thing!  Sounds like the shit really hit the fan.  I’m sending Kenji over to pick you up.  He can get to you faster than I can.  We need you out of there just in case the feds  come knocking at your door. Pack a bag and hurry downstairs.  Kenji will be there in fifteen minutes.”

“Thanks Plum, I really appreciate this and about last night…”

“I wanted to apologize for…for letting you down.  It won’t happen again.”

“That’s sweet, now get off the line and get your bag packed.  I’ll see you in a few.”

Here’s how misguided I was; in that moment I actually felt as though a weight was lifted from my shoulders. Never mind the fact that I might be on the verge of becoming a person of interest in a federal investigation, my bestie was talking to me again.

I savored my relief for a moment longer before bustling around throwing things on my bed to pack.  I made it downstairs in record time and was gratified to see Kenji waiting for me.  He got out and popped the trunk.

“What’s new pussy cat,” he asked with a wink.

“You mean besides having to go on the lam?”

“Plum told me about Canfield.  That’s too bad.”

“I feel awful.  The feds probably got wind of all those cash real estate transactions.”

“Do you really think they would raid his office on the strength of a few cash transactions?  They might look a little shady but it wouldn’t justify a full-scale raid.  No, it sounds to me like Canfield got involved in something much bigger than our little dealings.  They’ve probably had him under surveillance for a while and he finally slipped up.  Which agents were they?  FBI?  CIA?”

“He didn’t say.  The phone call was over so quickly, I didn’t get a chance to ask.”

Kenji shrugged and cranked up his radio.  I laid my head back and let my heavy lids close.  It felt as though I’d slept for only a moment before we arrived at Plum’s house.  The maid let us in and Kenji carried my bag into the house, leading the way up to Plum’s study.

She rose to greet us from behind her ornate white and gold desk, backlit by the morning sun streaming in through the picture window behind her.  She joined us on the white leather couch against the opposite wall, resplendent in a deep purple suit.  Her glossy hair was piled atop her head in a mass of curls.  I suddenly felt awkward and self-conscious, so I blurted out the first thing that came to mind.

“Mr. Canfield told me to call you.  How does he know you?”

“Oh darling, your naiveté is endearing.  It really is.  I suppose I shouldn’t be surprised that you never figured out that Canfield put me onto you.  Surely you don’t think I’d be caught dead in that hole in the wall coffeehouse we met in if I hadn’t been looking for you.  He figured you’d be open to working with us so I came out to size you up.  I always like to get to know the people I might be working with.”

“So you and Mr. Canfield have been using me all along?”

“Please stop being so melodramatic Patricia.  You got paid didn’t you?”

“Oh darling, spare me the wounded deer looks.  If you got used it’s because you allowed it to happen. Now, if you’re done whining we can get down to the business at hand.”

I was speechless.  Plum glared at me a few moments more before changing the subject, ignoring the stricken expression on my face.  I felt foolish and hurt and angry.  I couldn’t decide if I was more angry with Plum or with myself.

She was right about me sharing in the spoils of those real estate transactions.  I willingly participated, ignoring the sense of unease that stole over me time and time again.  But I did so largely because I trusted Plum, thinking that she was my friend and wouldn’t expose me to any serious risk.  After all, Kenji and the others were her friends.

I sat there listening to Plum and Kenji with only half of my attention as I struggled to reign in my anger.  It wouldn’t do for me to piss Plum off when I had nowhere else to go.  Until one of us heard back from Mr. Canfield, I was going to be staying at Plum’s house.  Plum took my hands in hers.

“You’ve been dying to know more about my various business enterprises.  Well, while you’re staying here you can go out on jobs with some of my more experienced squads.  Think of it as an internship of sorts.”