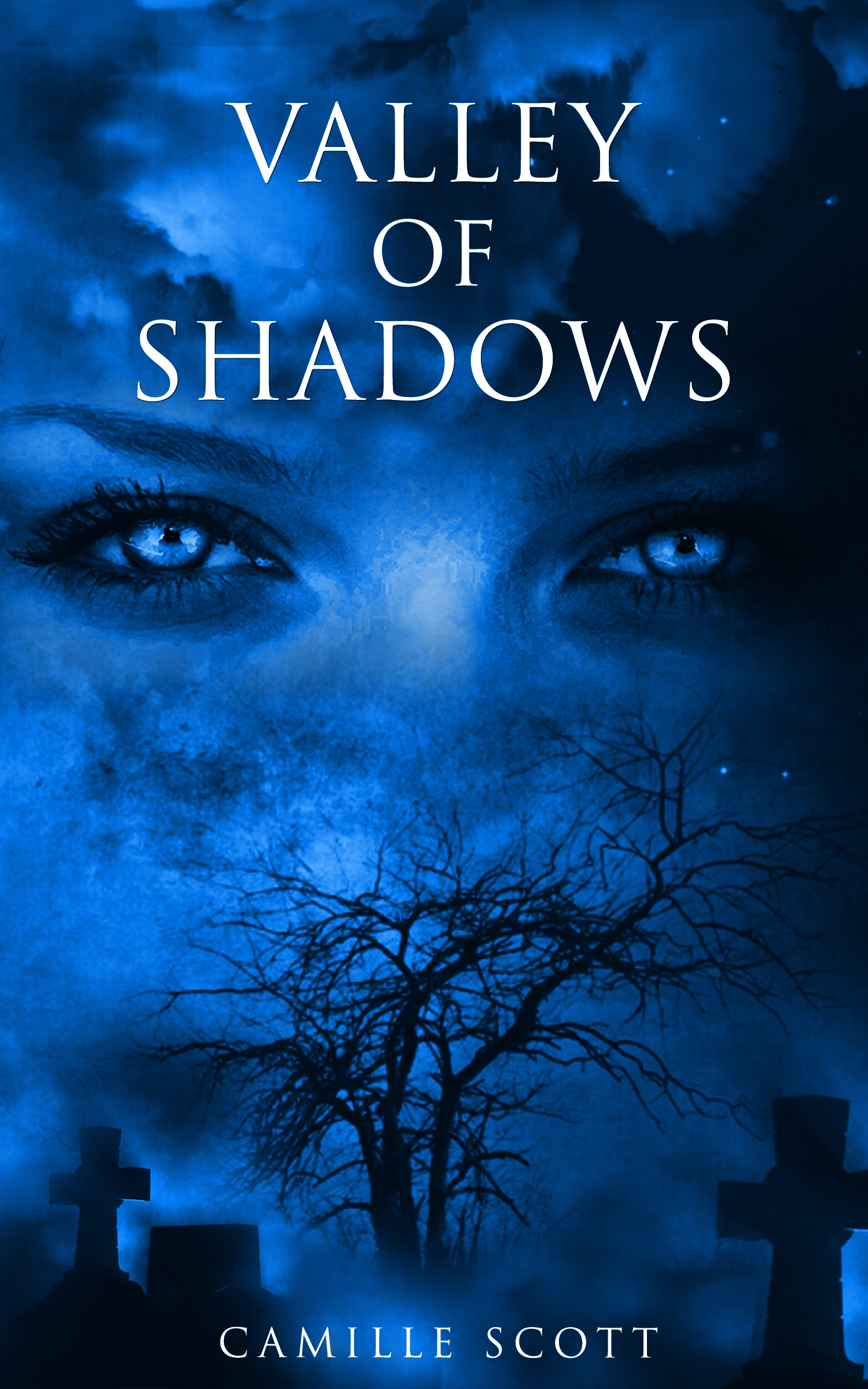 “Following them could be dangerous. I’m not putting you in harm’s way.”

“I know that, but if we tail them and they spot us, then our bodies might get thrown in the back of that van too.”

“Well, we have to do something. At least call the cops.”

“And tell them what, that at a distance in the darkness we saw something that might be a body being loaded into the back of a van? We have no evidence. For all we know, they could have been loading a ladder with a paint spattered sheet tossed over it into the van. Besides, how would I explain why we just happened to be sitting in our car down here in the warehouse district way past closing time, in the middle of the night?”

“I don’t know Richard. Just make the call. I’ll think of something. Do you always have to analyze everything before you make a move?”

“What if they bring us in for questioning? We look every bit as suspicious as they do; me with my bruised knuckles and you all disheveled and smelling like a distillery. It’s too early in the game to call in the cops. If those people get wind of law enforcement involvement, then they might just close up shop. You don’t want Nicole getting away do you?”

Rachel rolled her eyes and sighed dramatically, “Fine, have it your way. So what are we doing? Don’t tell me we’re just going to sit on our hands.”

“We…what do you mean we? You were just riding along tonight. Tomorrow, things go back to normal.”

“But, I thought we were a team. Admit it, we’re pretty good together.”

“I told you. I’m not going to risk you getting hurt. I can’t get as close as I need to if I have to worry about protecting you.”

“Richard, I’m a grown assed woman! I don’t need anyone to protect me.”

“Oh yeah? It didn’t look like you were doing such a good job of defending yourself earlier tonight.”

“That was different. I could have gotten him off of me. I…”

“You caved in. Why do you always give in to every Tom, Dick and Harry that pays you a compliment? You can’t be that desperate for attention.”

Rachel looked stricken. Richard had a moment to regret his blunt words before she turned and let herself out of the car. He was reaching for her when the front passenger door opened and she leapt out. His hand closed on thin air.

For a stunned moment, he sat watching her sprint towards the warehouse from which they had just watched men carry a dead body. A sudden image of her death at the hands of those men sent him after her with his heart in his throat. Richard had almost managed to grab her arm when she darted out of his reach.

Rachel stepped into the spotlight cast by the street lamp in front of the warehouse. Richard broke off his pursuit and flattened himself against the wall of the nearest building. Rachel slowed her approach to a relaxed strut, casting a triumphant smirk over her shoulder at him. He gritted his teeth in frustration.

That fool thinks this is a game! That’s the same look she used to give me, when we were kids, right before she ran to ma and tattled. Richard shook his head, wanting to negate the sickening realization that she was about to put their lives in danger, just to satisfy some childish desire to get even with him for hurting her feelings.

There was a security camera perched over the warehouse entrance. Grabbing her would only draw more attention and lend credence to whatever off the wall thing she said about him. Rachel was unpredictable when she got angry. She might even scream, if he attempted to grab her.

Richard stood by helplessly as his sister banged on the front door until the ex-con they had seen earlier stepped outside. Rachel wasted no time in warning him that someone had seen what went down. Richard froze in disbelief as she pointed in his direction, squinting in a failed attempt to locate him in the darkness.

The man pulled a gun from his waistband and started towards the sidewalk. Rachel’s eyes opened wide with alarm. Belatedly, she realized the implications of her impulsiveness.

The man ignored her assertions that no one had to get hurt. When her attempts to take back what she said had no effect, Rachel grabbed his arm and tried to stop him. Her attempts to interfere earned her a backhanded strike across the face. She cried out and let go of him, cradling her injured face.

Richard resisted the urge to give away his position by running to her side. With no weapon, the only advantage he had was the element of surprise. He stayed put, waiting until the man was about to walk past to try and grab the gun. They fought over the weapon. Richard thrust it up over their heads each time the man attempted to aim it at him.

He was concentrating so hard on keeping the gun away that he didn’t see the left hook coming. It momentarily dazed Richard and the next thing he knew, the butt of his attacker’s gun came crashing down on his head. He staggered and his knees suddenly felt rubbery. His vision swam in and out of focus. Richard fought to stay conscious.

With his failing strength, he caught the man off guard with a tackle. Rachel was suddenly beside them trying to pry the gun out of the man’s hand. Richard threw his body weight behind an arm at the man’s throat to cut off his oxygen supply, persisting until his violent efforts to dislodge Richard waned and then ceased. Rachel approached them cautiously and took in the stranger’s stillness. She couldn’t tell if he was dead or just unconscious. Richard rose up onto his hands and knees panting heavily for several minutes.

Rachel aimed the gun at the stranger as Richard slowly stood on shaky legs. A thin trickle of blood ran from his split scalp into his left eye. He swiped at it with his sleeve and walked unsteadily away with her at his heels. Rachel stopped at the car but her brother kept walking.

She watched his retreating back for a confused moment before rushing up behind him and grabbing him by the shoulder. Richard wrenched his shoulder free and turned on her, his face contorted with rage. Rachel took a step back with her hands up to show she meant no harm.

“Where are you going? Richard? I know you’re pissed off right now, but you’re my ride home. C’mon, let’s go back to the car and I’ll drive. We need to stop and get your scalp seen to. It looks like you’ll need stitches. Give me the keys.”

Richard jammed a hand into his pants pocket and threw a ring of keys at her. Rachel ducked and when she looked up, he had stalked off. Rachel picked up the keys and helplessly watched him walk away. She couldn’t just leave him out there. That man had hit him on the head pretty hard. Richard still looked a little unsteady.

Rachel felt tears welling up in her eyes, recalling the sight of that gun aimed at her brother and the way he had staggered and almost blacked out when the butt of the gun came crashing down on his head. For a terrible moment, she thought that he was dead. She felt a crushing sense of guilt. What the hell is wrong with me? I just betrayed my brother and nearly got him killed! Now he’ll probably never speak to me again! He hates me and I don’t blame him.

Rachel cast a nervous glance at the prone body of Richard’s attacker and got into Richard’s car. She hurriedly started the car and set off in Richard’s direction. Rachel drove alongside him for several blocks.

When her pleas for him to get into the car continued to fall on deaf ears, Rachel dug her cell phone out of her purse and called Joshua. She told him to come and get Richard. Her younger brother instantly heard the urgency and fear in her voice. He agreed to come without question. All she could do was follow their brother and make sure he was safe until Joshua arrived.

Richard was feeling a little nauseous by the time Joshua pulled up. He needed to go lie down before the spreading pain in his head blurred his vision and his shaky legs gave out. Joshua was a welcome sight. Richard didn’t ask what his brother was doing there, he just got into the front passenger seat and put his head back against the headrest. Joshua nudged him roughly.

“Don’t go to sleep. We need to make sure you don’t have a concussion.”

“You can go home as soon as we get back from the hospital.”